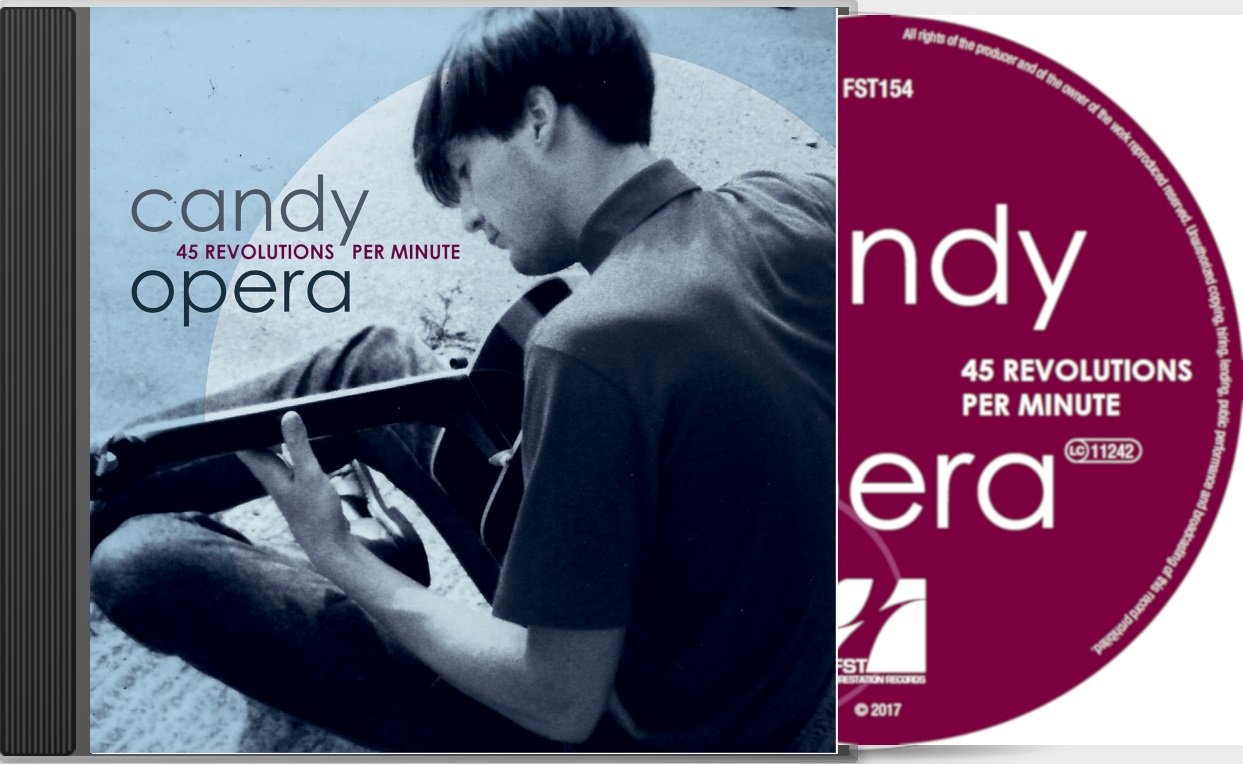 When Candy Opera release 45 Revolutions Per Minute on February 23rd 2018, it will be a belated introduction to a very special band sired during Liverpool's 1980s golden age which has taken almost thirty years to happen.

Lovingly unearthed and compiled by Firestation Records of Berlin and available on limited edition 18-track CD and deluxe 16-track vinyl, the result is a lost gem that points to a million what-might-have-beens.

When Candy Opera first appeared on the kaleidoscopic early 1980s Liverpool music scene, by rights they should have changed the world. Here was a classic four-piece, after all, steeped in the symphonic pop of Love's Forever Changes and The Beach Boys' Surf's Up. Taking such influences as a template, alongside contemporaries such as Aztec Camera, The Pale Fountains and Prefab Sprout, Candy Opera were in the throes of crafting a 1980s song-book in their own image, and the band's 1983 Honeysuckle Rose demo has become something of a holy grail. By 1985 the band had played alongside the likes of The Pogues, The Go-Betweens and The Redskins, as well as appearing on Granada TV. Reviews in NME, Sounds and Jamming magazine followed.

Forming on the tough Phythian Estate in Liverpool's Kensington district in 1982 and based around the song-writing of Paul Malone, Candy Opera offered up a nouveau classicist sensibility which had seen the band listen without prejudice to The Monkees and Karen Carpenter.

“Where I grew up, it was a so-called impoverished area,” says vocalist and song-writer, Paul, “but my childhood was very happy, very insular, the world was within a street. As a kid, I didn't really feel affected by the poverty. It wasn't 'til later, when I went to other areas and saw how they lived, that I realised the differences. So, my environment was really the main inspiration for songs.”

With assorted Candy Opera line-ups augmented at various points by baroque flourishes of clarinet, flute or violin, such a sophisticated musical palette went way beyond notions of indie-band purism to create something grander, none of which remotely fitted in with the voguish scene-setters behind shoe-gaze, baggy and brit-pop. After a decade ploughing their own stubborn furrow in various guises, despite interest from EMI and Go! Discs, Candy Opera called it a day in 1993 with only a fistful of demos to their name. As the mainstream took a glossier turn, Candy Opera somehow got left behind, and for the best part of thirty years have remained a rumour, a whisper and a quietly lost legend that the occasional online leak could only hint at. Until now...

In 2017, the Berlin-based purveyors of indie obscurities behind Firestation Records chanced upon those same demos and it was love at first listen. The label's Uwe Weigmann tracked down Malone and co and found a band who hadn't made music for a very long time. Paul comments,

“When the label got in touch it just all seemed a bit surreal to me, it was a big surprise, especially after 35 years, but I was glad that somebody finally recognised our worth.”

Having unearthed a spate of recordings that span Candy Opera's entire history, the result is 45 Revolutions Per Minute.

“I first read about the band some years ago, on a forum for The La's, and from this point on I was very interested to hear the band's music,” recalls Uwe, Firestation's founder and label manager. “Then a friend of mine told me that some Candy Opera songs were on YouTube. The first I listened to was "What A Way To Travel". A couple of minutes later I was sure that I wanted to work with the band. 45 Revolutions Per Minute is the perfect pop album, in my opinion. It is an absolute masterpiece and I would list it next to such classics as Steve McQueen (Prefab Sprout), From Across The Kitchen Table (The Pale Fountains), High Land, Hard Rain (Aztec Camera) or Trapped and Unwrapped (Friends Again).”

Today, the songs that make up this exquisite package that comes with extensive sleeve notes and archive photographs sound both of their time and beyond it. On the surface the arrangements sound simple, but there is depth there too, with Malone's lyrics wrapped up in a sweetness that recalls a more innocent age.

That was Candy Opera, and this is 45 Revolutions Per Minute. Watch this space...